This event has passed.

We extend immense thanks to all of the participating organizations and individuals that came together as #ONETEAM for the Stop Sex Trafficking campaign for Super Bowl LIV.
Please join us for a Special Edition Post Super Bowl Impact Collaborative
to de-brief and share learning, impact, and next steps. 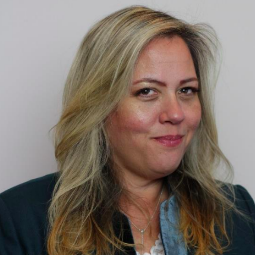 Dr. Katariina Rosenblatt
President & Founder
There Is Hope For Me, Inc.

Katariina has a personal testimony of overcoming human trafficking and abuse from the time she was just 13 years of age to 17. Throughout her early life, she experienced several trafficking experiences, each one leaving her with more wounds, abuses and addictions; recruited first at a hotel in Miami Beach to meet the demands of sex tourists, then through a friend in her middle school to a more organized crime trafficking ring in Miami run by notorious drug lords. After escaping her initial trafficking experiences and drug addiction, she found herself pregnant by a Colombian Cartel family member which soon led her to marrying into ‘the family’. This ended in a twenty-year abusive marriage where Kat says that ‘Leaving was harder than staying in that relationship and family’. With so many triumphs over unbeatable obstacles, Kat is now a much sought-after speaker and trainer in the areas of human trafficking and domestic violence as well as an inspirational leader to women everywhere.

Dr. Kat founded a survivor-to-survivor first hand outreach and mentoring program called There Is H.O.P.E. For Me, Inc. (a 501c3). Through her organization, she provided training and her specialized brand of survivor leader mentoring and support to others nationwide. Dr. Kat currently conducts nationwide training and consulting on building up survivor leadership/empowerment, peer support, mentoring, identification as well as effective collaboration, task force development through a multi-disciplinary team approach. 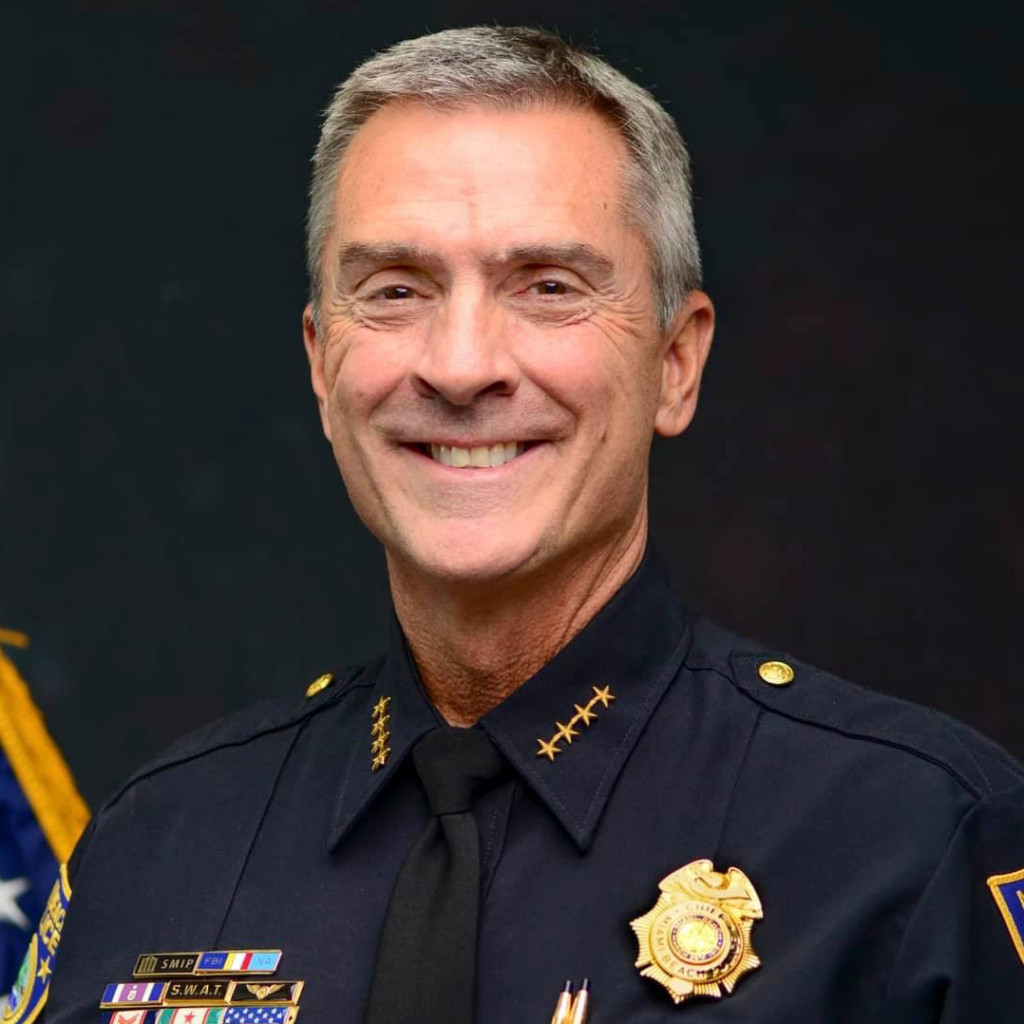 Chief Clements holds a Bachelor’s Degree in Political Science from the University of Utah. He is also a graduate of the Federal Bureau of Investigations (FBI) National Academy, Session 273, The Northwestern School of Police Staff and Command and the prestigious Senior Management Institute for Policing (SMIP).

During his tenure with Miami Beach, Rick has served in a variety of capacities to include Deputy Chief of Police overseeing the Operations, Investigations, and Support Services Divisions of the Police Department. Rick has also served as the Commanding Officer (Major) of the Investigations and Support Division, the Middle Beach/ Area 2 Captain, the Captain of the Criminal Investigations Division, the Commander of the Strategic Investigations Unit, a Lieutenant in the Criminal Investigations Division Property Crimes Section, a Lieutenant of Police in the Patrol Division, a Sergeant of Police overseeing the Crime Prevention Unit, and a Sergeant of Police assigned to the Patrol Division. Rick most memorable assignment was his service 16 year service on the Miami Beach SWAT. There he began his affiliation with the team beginning as an operator, moving up to Team Leader, and eventually ending up as the Commander of the Team. Chief Clements has also served on Department Specialized Units to include the Motorcycle Squad, the Ocean Drive Bicycle Unit, and Beach ATV Unit.

During his law enforcement career, Chief Clements has coordinated many special events to include the staffing of several Critical Mass Bicycle rides, operational plans for dignitaries to include President Obama’s visits in 2016, 2014, 2011, 2010, and 2009, President Bush’s visit in 2005, and Vice President Biden’s visit in April 2009. Rick also coordinated, and staffed the plans associated with several Memorial Day and High Impact Weekend events over the last 5 years. In addition, Chief Clements is involved the planning of the 2020 Super Bowl NFL Experience and has been a key contributor in past Super Bowl events to include those hosted in 2010 and 2007. Chief Clements has also been involved in the planning and staffing of other high profile events to include the 2017 Hurricane Michael response, the 2003 Hurricane Charley response, the 2015 City of Miami Beach Centennial Event, the 2005 Organization of American States (OAS) Conference, the 2004 Presidential Debate, and the Free Trade of the Americas Summit (FTAA) held in Ft. Lauderdale in 2003.

Chief Clements has received the Miami Beach Police Department’s Medal of Valor and the Outstanding Service Award. He was also awarded the Law Enforcement Officer (LEO) Award for excellence in the area of Community Policing in 2005, and Officer of the Month for Miami Dade County in 1995. 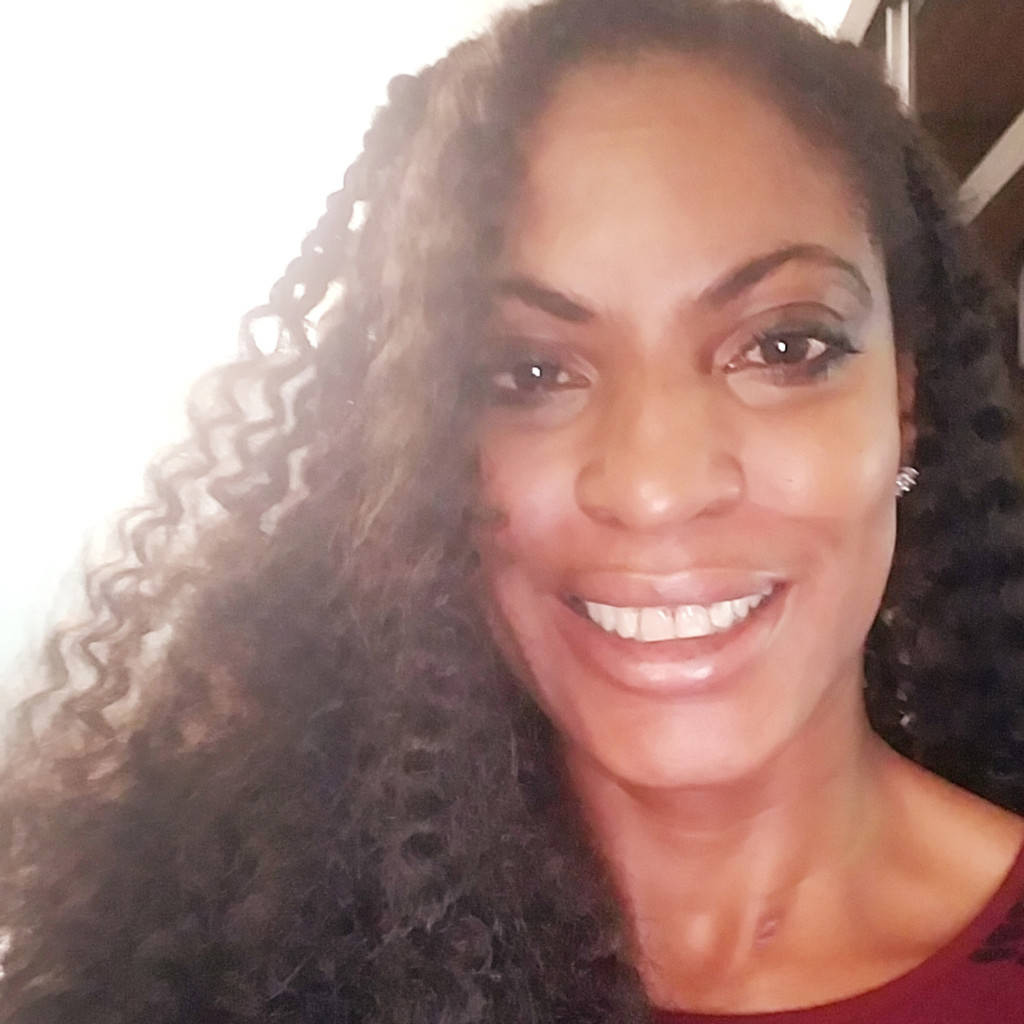 Stephanie Anderson began serving her community as a pre-teen and was recognized by two sitting US Presidents for outstanding community involvement and leadership, including a meeting with President Ronald Reagan in the Oval Office by the age of 18. She was honored as one of the first Presidential Call to Service Award recipients from President George Bush, Sr. for volunteering over 1000 hours in a year to the Boys Camp, Girls Club and various organizations. Stephanie has met the qualifications of the Lifetime Presidential Call to Service Award having completed more than 10,000 hours of service in her lifetime to various organizations.

As a survivor of child molestation, child rape and adult rape, Stephanie actively supports organizations dealing with the epidemic of violence and trauma against women and children in the US and advocates politically and legally for greater protection of our children and stronger punishments against predators. She also speaks to youth and parents on recognizing the signs of molestation, escaping the situation safely and reclaiming the strength to overcome the trauma of sexual violence. Stephanie is a member of Cambridge Who’s Who; The National Association of Professional Women; Women of the NFL, NFL Alumni, Off the Field Players’ Wives Association and Zeta Phi Beta Sorority, Inc. For the past 20 years, Stephanie has consistently been a voice and advocate for professional football players and their families; working free of charge to generate over $10 million dollars in awards and settlements for players and their families.

She is a Founding Member of NFL Sisters in Service, a group of NFL wives, daughters and mothers who use their collective influence to raise awareness and resources for charitable causes. Since its inception in late 2018, the organization has raised or written over $100,000 in grants for organizations in the South Florida community and volunteered with over 20 causes. 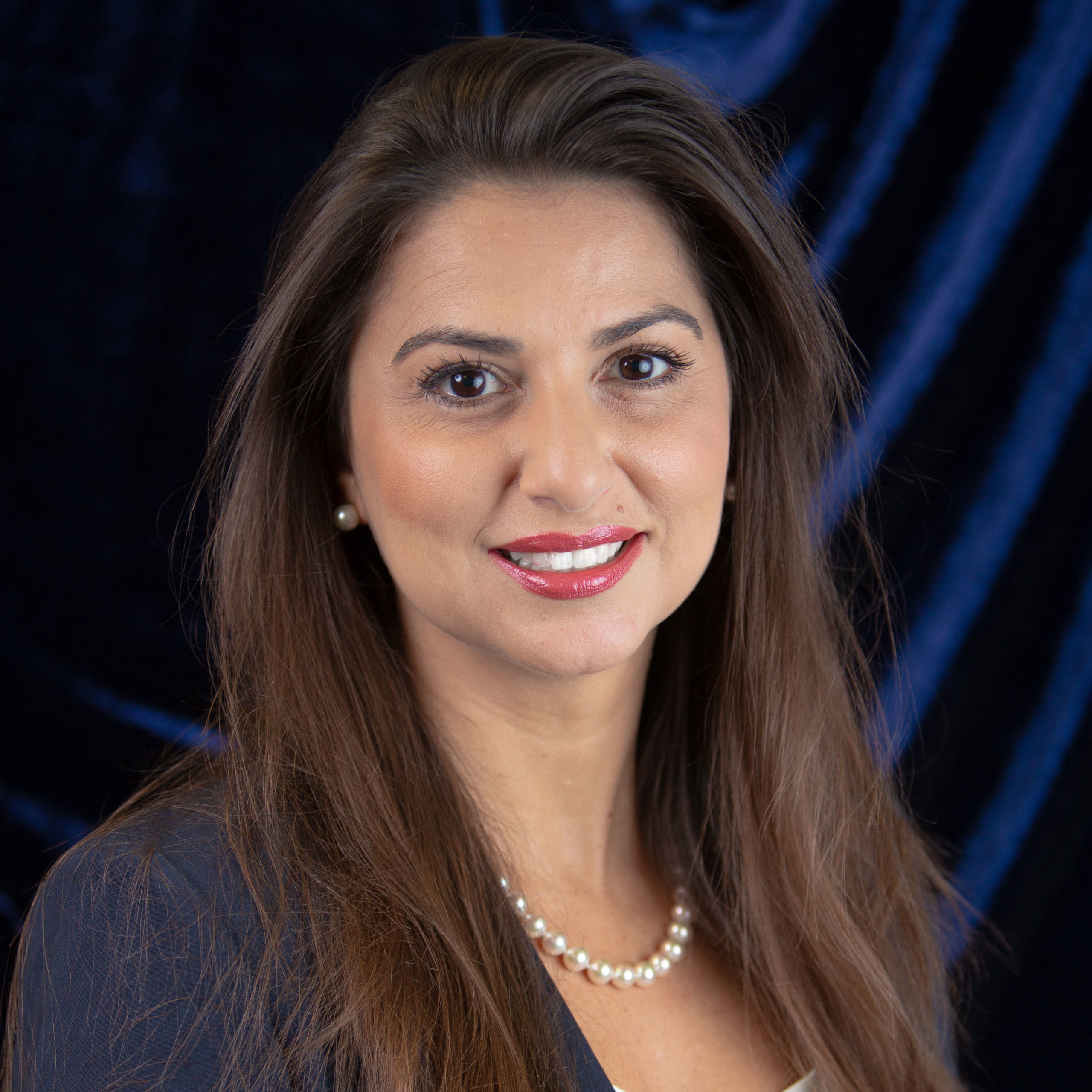 Alicia Priovolos is the Director of the Human Trafficking Unit at the Miami Dade State Attorney’s Office.  In June of 2018, Mrs. Priovolos was selected by Katherine Fernandez Rundle to lead the Human Trafficking Unit.  As the Director, Mrs. Priovolos supervises all the human trafficking prosecutions in the office and leads a task force which investigates human trafficking throughout the county.  She also collaborates with state and federal law enforcement agencies with proactive investigations, advocates for changes in legislation when needed, and serves as a guest speaker at community outreach events aimed to raise public awareness about human trafficking.

Mrs. Priovolos started her career at the Miami-Dade State Attorney’s Office in 2005 after obtaining her law degree from Florida International University.  Throughout her fourteen years at the Miami-Dade State Attorney’s Office, Mrs. Priovolos has prosecuted hundreds of cases.  Her focus has primarily been prosecuting violent crimes.  Prior to becoming the Director of the Human Trafficking Unit, Mrs. Priovolos handled homicide, sexual battery, organized crime, and robbery prosecutions. 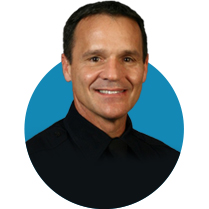 Chief Raymond A. Martinez is the Sr. Executive Director of the Miami Super Bowl Host Committee responsible for overseeing the daily operations and preparations for Super Bowl LIV. Martinez is a 35-year veteran of the law enforcement profession who served with the Miami Police Department and the Miami Beach Police Department. Prior to beginning his law enforcement career, Chief Martinez served for three years in the United States Marine Corps. During his 22+ years with the Miami Police Department, he served in numerous capacities and ranks leading up to the position of Assistant Chief of Police. He received several awards during his career with Miami including the Unit Citation, Officer of the Month, Gold Medal of Heroism, and the Purple Heart for being shot twice in the line of duty.

Upon his retirement from the Miami Beach Police Department in 2014, he accepted the position of Chief of Security for Ultra Music Festival where he continues to serve in that capacity. Ultra Music Festival is the world’s largest independent electronic dance music event that brings over 165,000 attendees over a three-day weekend to downtown Miami. Security and safety have been a critical component to the success of the event and Chief Martinez has brought his years of experience to solidifying the security operations of the Event. Chief Martinez is president of RAM Consulting Solutions, Inc and has also provided security consultation for Ultra World-wide operations.

Chief Martinez has a Master’s degree in Public Administration from Florida International University and a Bachelor of Liberal Studies from Barry University. He is a graduate of the Southern Police Institute Administrative Officers Course at the University of Louisville. He has also attended Harvard University’s John F. Kennedy School of Government Executive Education Program for Government Performance, Florida International University’s Academy for Strategic Management, and the Anti-Defamation League’s prestigious Advanced Training School on Extremists and Terrorist Threats in Washington D.C.

Chief Martinez is married to his wife Donna of 30 years and they are the proud parents of 3 children. 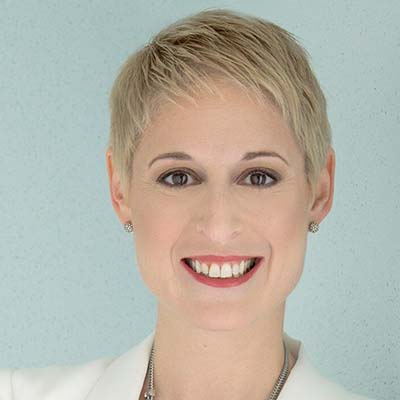 An attorney, entrepreneur, philanthropist and humanitarian, Altman is a dynamic executive and a proven leader.

The former Assistant US Attorney for the Southern District of Florida – which covers nine separate counties and more than six million people – represented the United States in federal civil litigation matters, such as employment discrimination and Federal Tort Claims Act (FCTA) cases, and was successful in defending a $25 million dollar claim brought against the USA under the FTCA. In 2012, Altman joined asbestos litigation leader The Ferraro Law Firm.  Here, she successfully tried many cases that resulted in multi-million dollar jury verdicts. Later, Altman would nourish her entrepreneurial spirit opening up her namesake legal boutique. She represented clients in a variety of civil litigation matters, including product liability, medical malpractice, and intellectual property litigation, while also handling all aspects of running a business.  An invitation to join the nationally acclaimed Fowler White Burnett law firm in 2018 would result in a shareholder appointment.

While successfully advocating for both individuals and corporations in multi-million-dollar litigation matters, Altman’s vigor for service was unrelenting. In 2016, she was sworn in as president of the 1,000-member Junior League of Miami, where, among other things, she advocated for transitional housing on behalf of women and children who were victims of domestic violence. Earlier this year, she chaired the Annual Ball for the Red Cross of Greater Miami and the Keys, where she is a board member. Altman’s service is distinguished by her ability to build partnerships, forge coalitions, navigate crises, and develop and implement successful fundraising campaigns.

A leader with a strong sense of purpose, Altman has been recognized numerous times for her professional and civic efforts.  In both 2016 and 2017, she was named a Florida Super Lawyer, Rising Star. She was the recipient of the Rebecca Herndon Bush Community Service Award in 2015, and the Junior League of Miami Volunteer of the Year award in 2013.

The mover and shaker – with bar admissions in Missouri, Illinois, Ohio and Florida – has blazed a trail for women in leadership, while also making her mark in Miami, in a rather short period of time. Born and raised in the Midwest, Altman is a graduate of Saint Louis University School of Law. She resides in Aventura with her partner David Lynn, and their rescue dog Millie.